Hey all! I feel like talking about my OTPs right now, so I'm gonna do it.
Only one of these is a spoiler but still, you are being forewarned. I'm putting a picture of the book before the rant so you can know to keep scrolling

Charles and Anna have been apart of my life since 2008. This is one of the adult series that  read and it's all about werewolves and things that go bump in the night. I really love these two together because they complete the other. I also appreciate that it wasn't really insta love or anything like that. They genuinely love each other and care for one other. Whenever a book in this series comes out I have to get it because I have loved these two for the longest time.

This book was such a good read for me. I just flew through it and before I knew it, I was done! I know I'm pretty late to the Lunar Chronicles party but hey, better late than never. Prince Kai and Cinder seem so cute together. She does everything in her power to make sure Kai does NOT like her but he does he anyway. They are both very down to earth people (get the joke?). I see a nice future for them once they get all the mess sorted out.

Now this series is truly the Game of Thrones of YA in my opinion. Nobody can be happy for even a second! Cleo and Theon. I had all types of plans for them. Fighting again Gaius and the Chief. Arguing with her father because she loves him. Him just being an overall badass. But nooooo. We don't get that chance cause Magnus had to be a little bitch! But oh he feels bad and that makes it better hmm? Sorry, rant. I almost freaking cried. I really go for the whole princess/prince falling in love with some lowly commoner that is frowned upon. So I guess Cleo will end up with someone else, but they certainly aren't my OTP at the moment. R.I.P. Cleo and Theon relationship *Hunger Games whistle*

For one, the amount of love that I have for this book is insurmountable. This book warms my soul. Khalid and Shazi are goals. Okay yeah so he has a curse on him and she wants to kill him to avenge her best friends death. But affteerrr all of that, they're great. It's the small things that they do that make them so great. One of my favorite scenes is When Khalid is just absentmindedly playing with Shazi's bangles and her arm. Out of boredom yes, but it still meant so much. The amount of times I squealed during the book was ridiculous. Some say they had insta love but could not be further from the truth. The plots of kill him 3/4 of the book! Even when she admits to herself that she loves him she is still thinking of ways to kill him! A typical married couple of course haha
They're awesome and I want to be friends with them and see them be cute. The end.

SPOILER FOR THOSE WHO ARE NOT CAUGHT UP IN IN THE THRONE OF GLASS SERIES! THIS IS YOUR STOP 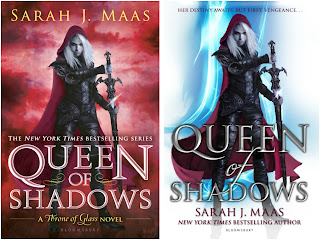 I would like to start off by saying I did not always like Rowan. In fact I pretty much tried not to like him. I stumbled upon a spoiler as I started Heir of Fire and found out they would be together for the most part. But I wanted to make my own opinion about him and be stubborn. From the very beginning I was all about Celaena and Chaol. Despite how things ended on huge spiky rocks after Crown of Midnight, I still loved them. I had invested two books into them. I'm loyal thank you. Even through Heir of Fire I tried staying loyal and tried to ignore the information I already knew. But hey a girl can only take so much. And to be honest, I DESPISE Chaol now. He has turned into such a dick and I really don't like it. I didn't even think that was possible but I do and that's that. moving on.
Aelin and Rowan are the best. He has pulled her out of the darkness that is Aelin and brought her into the light. They have such a strong bond, they're friggin carranam! Wen he made his appearance in Queen of Shadows I was fist pumping like an idiot. I wanted him to show up Chaol so badly. But he does that by breathing so once again, moving on. They're in sync with each other and know the other well. It's clear they would die for each other without hesitation. Lets not forget the sexual tension lingering around them 24/7, I cannot take it, Sarah J. Mass take the wheel.
This is THE OTP. Yeah I have other like in my PJ books, buttt this is for 2015.
So love them in all of their Fae glory