Magnus Chase and the Gods of Asgard REVIEWWWW 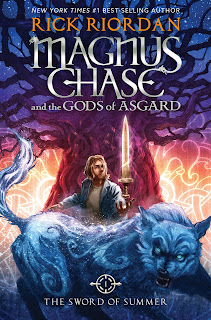 Magnus Chase and the Sword of Summer
Rating: 4.5/5 stars

Magnus Chase has always been a troubled kid. Since his mother’s mysterious death, he’s lived alone on the streets of Boston, surviving by his wits, keeping one step ahead of the police and the truant officers.One day, he’s tracked down by a man he’s never met—a man his mother claimed was dangerous. The man tells him an impossible secret: Magnus is the son of a Norse god.The Viking myths are true. The gods of Asgard are preparing for war. Trolls, giants and worse monsters are stirring for doomsday. To prevent Ragnarok, Magnus must search the Nine Worlds for a weapon that has been lost for thousands of years.When an attack by fire giants forces him to choose between his own safety and the lives of hundreds of innocents, Magnus makes a fatal decision.


Rick has done it again. I've been obsessed with anything he writes since the 6th grade, and this is no different.

Now many people might doubt Riordan's ability to successfully write three separate series about mythological gods. I will admit when I heard about Magnus and Norse mythology I was hoping that it wouldn't be a Percy rewrite. And luckily it wasn't. Magnus for one, is as old as Percy is in the last book of his series. He lives in a different state and has had much more different and harder experiences than Percy had at his beginning.

Magnus is a witty with a dry humor that can come off as angry at times. But like any other character he is a good person nonetheless with a hero complex. He has a certain wisdom about him that most people o not gain until their later years. And much to my enjoyment, he is very sassy and I love it.

I am so happy to be excited about another one of Riordan's series again. This book made me so happy. We got to see a character from the Percy Jackson novels which really surprised me. Another thing is some of the diversity! One of the main characters is a young Muslim girl, and that's great. Getting to learn more about Norse mythology was great. I've always known about the Greek gods, but the extent of my Norse mythology knowledge has to do with Marvel, Chris Hemsworth and Tom Middleson.

Even if you haven't read any of the other series, this is definitely worth the read. The great characters and struggles are even more worth the read. 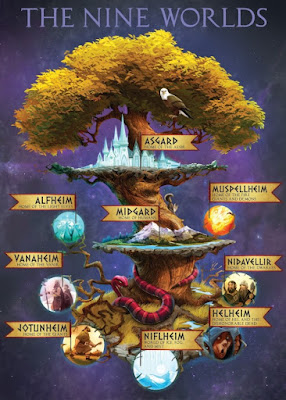