Happy Wednesday! I just wanted to give you all an update and tell you about the ARCs I have received, so when the reviews come out, you'll have a little bit of background
Most of these authors found my blog through Goodreads and then contacted me for reviews 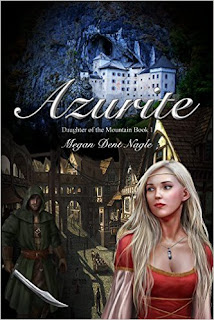 Zora Winnser is the last princess of Samaria, but even though she is the only heir to the Winnser bloodline, she will never rule the Samarian throne. Zora is a baseborn, a child born out of wedlock to Queen Evangeline whose disdain for her illegitimate daughter festers with every passing day. Zora’s unfortunate birth status is not the only thing that makes her different. She is also a Chimera, a human whose blood is mixed with a sorcerer's-only the Samarian princess doesn’t know it. When Zora is sixteen, Queen Evangeline decides to marry her off to the Prince of a foreign land infested by dark swamplands. Unbeknownst to Zora, Samaria faces threats from both inside and outside its borders. There is something in Samaria that the race of sorcerers want: azurite crystal mined from underneath Samaria’s mountains. Queen Evangeline is more than willing to give it to them, but at what cost? As Samaria enters into a war they cannot win, loyalties will be tested and all faith in Queen Evangeline will be lost. The only hope in combating Samaria’s bleak future rests in the hands of a traitorous group of Evangeline’s advisors. With the help of other allies in the Realm, those loyal to Zora set out retrieve her from exile so she can take her rightful place as Queen and save the future of Samaria 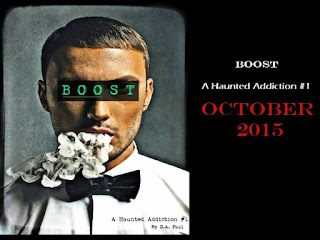 They call it a boost.It’s the buzz you get from absorbing the spiritual energy of the dead, and it absolutely terrifies Lidia Powell. Shortly after meeting Ander at summer camp, Lidia is thrust into the world of psychic mediums and brought to a new school. At Mountain Heights Academy, even a casual pizza-date is accompanied by a ghost, and only a frightened uberdork would refuse the boost. To Lidia, the peer pressure to absorb phantom apparitions is horrifying, but to everyone else, it's the drug of choice. However, when one of the students delves into dark energy, Lidia suspects that a boost isn’t as innocent as it seems. Soon, the boost becomes an addiction and Lidia must act fast before the changes become irreversible. 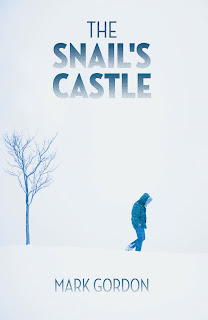 Jake Milson wants one thing and one thing only--to win the coveted and prestigious Hollingshead Scholarship to do postgraduate work at Oxford. He intends to travel to England with his girlfriend, Rebecca. But a problem arises. Professor Gregory Percival keeps getting in his way. During Jake's struggle with Percival, the lives of Jake, Rebecca, Percival and Percival's wife, Margaret, intertwine. The novel, with its unexpected twists, draws you into the inner lives of its many captivating characters. It is a story of ambition, love, lust and revenge set against the backdrop of romantic Montreal in the early 1960's. 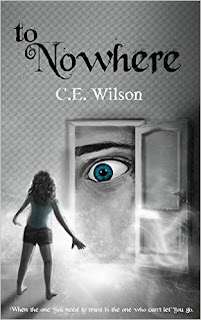 A world no one would believe.From the moment Lyris is treated to coffee by a beautiful stranger, she has no idea that her life is about to change forever. In her enthusiasm to start at a new school with a new boyfriend, Lyris is almost able to look past his oddities.Almost.The way he eyes up her striking red hair.The way he loves that she’s seventeen. “The perfect age.”And the way he’s gone from all but begging to show her a specific room in a specific house to making her swear never to even think about it again.When Lyris doesn't take his strange warnings seriously, she finds that nothing could have prepared her for what lay behind that door.Suddenly, Lyris finds herself in a world no one would believe. A world where she’s only a few inches tall and giants aren’t creatures from fairy tales. Where humans are no longer the dominant race, but pets auctioned off to the highest bidder. Lyris understands the true danger of such a place, but there seems to be one person on her side.Her kind and surprised captor.And while Brindt appears to be sweet and trustworthy, he also straddles the line between seeing her as an equal and a cute animal.Lyris has to get home… before the one person can turn to becomes the one person who can’t let her go.
Posted by Unknown at 9:33 AM