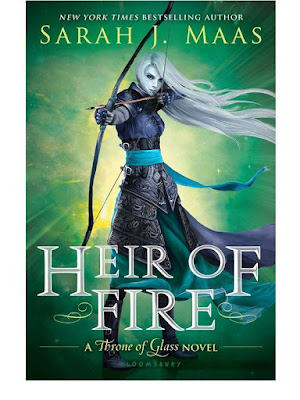 Celaena Sardothien has survived deadly contests and shattering heartbreak—but at an unspeakable cost. Now she must travel to a new land to confront her darkest truth...a truth about her heritage that could change her life—and her future—forever.Meanwhile, brutal and monstrous forces are gathering on the horizon, intent on enslaving her world. To defeat them, Celaena must find the strength to not only fight her inner demons but to battle the evil that is about to be unleashed. 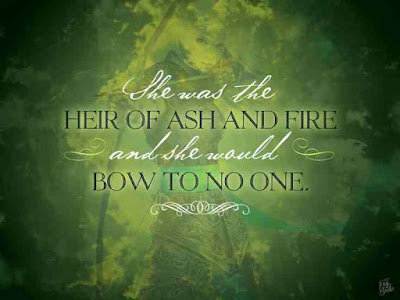 This book is amazing.
Okay now that I've gotten that out of the way.
Sarah J. Maas has done it again! This book is quite the journey, literally and figuratively. Celaena has just traveled over the seas to Wendlyn on a job. But what the king does not realize is that this is the worst place he could have sent her, in his favor at least.

Our favorite assassin has to face something she hasn't had to in ten years whether she likes it or not. For he time being, she cannot be Adarlan's Assassin or the King's Champion. She must be Aelin Galathynius. The heir to a once mighty and peaceful kingdom. Enter Rowan 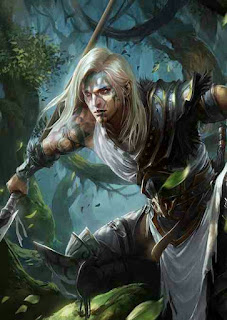 Prince Rowan Whitethorn, the fierce warrior sworn to Queen Maeve of the Fae. A centuries old Fae that does not want to be bothered with spoiled Celaena and her mouth. He is given the duty of making sure that Aelin knows how to use her power properly. Now when Rowan is first introduced and you spend time with him, he is an asshole. But at the same time I understand he was put into a position he did not want to be in. So yet another book with intense training sessions.
Oh but this was so much more. Because Rowan pushed her to physical, emotional, and mental limits, even when he did not realize it.
In Celaena's mind she has lost everyone there is to care for, whether it is through death or through betrayal. She is at an all time low, if that is even possible. We get to explore some more of her scarred past and we learn about events she'd rather die than relive. Which she ends up doing.
The king has some real twisted shit in his mind. Of course we know he is practically trying to conquer everything. Okay that's fine, but he i one of the most cut throat and evil people I have ever read about! You never how much or how little he actually knows, and that is the scary part. He has plans to cover all of his bases, and they are definitely twisted. 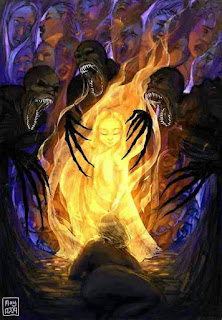 One of these plans include Manon Blackbeak. She is an Ironteeth witch much like Baba Yellowlegs, just rival clans. Though she is a ruthless witch, who is going to aid the King in bringing about misery in the lands, I cannot help but really like her. She is different in some way than the rest of her kind, especially from her wretched grandmother. But I cannot help but feel that even though they made a deal with the king, things will not go too well for them either.

In this book we get the chance to see the world from other eyes besides just Celaena's and it was a breath of fresh air. It was a great way for us to keep tabs on several different story lines that are all going to collide in Queen of Shadows without a doubt. Several chapter had me on the edge of my seat, not being able to wait getting to the next page or even paragraph. Toward the end, everything picks up and is flying by with such speed! The revelations! The feels! And so many things happen....
Read it. just read it. It is so worth it. 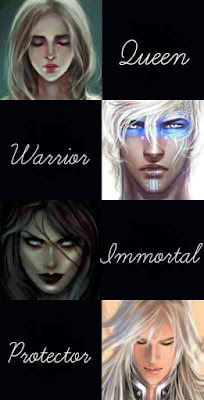